Where has the year gone?

Will the kids’ Amazon Prime costumes arrive in time or are they still on a longboat from China?

I think mine is bottom right, three to the left

Will it be raining on the 31st, meaning the kids’ costumes will be completely hidden under their winter coats? 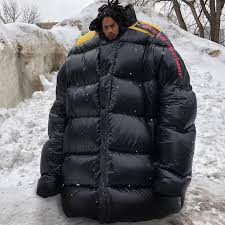 So many questions, very few answers.

And yet, each year, we go again with same ol’ routine:

Unless you live in America or a certain strip of North West London that totally goes for it under the guidance of their leader Mr Jonathan Ross, it really is just a fabulous excuse to play dress us and have some fun.

And there really is very little to actually scare you. (Unless you count the out of date sweets people try to palm off on your kids.)

So, in the spirit of Halloween, here is a list of super scary things imo:

I don’t think I know a soul who hasn’t cracked their smartphone screen, even just a tiny bit. For some it’s a weekly occurrence. (You know who you are.) That palpable fear when you drop it and tentatively turn it over to assess the damage…

2. Where’s the parking angel at?

You’re only going to be 5 minutes… you’ll risk it.  Oh but that that dash back to the car to see if there is a sticky yellow rectangle on your windscreen… 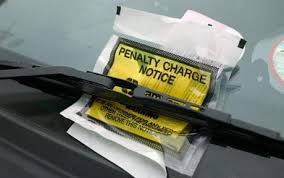 When you’re out and about, minding your business, ‘doing’ your business and someone tries the cubicle door handle. Well, it’s enough to make you sh*t yourself…

Stairs? No problem. A non-moving escalator? Huge problem. What if it starts working mid ascent? Or the fact that your brain is concentrating so hard on lifting each foot up to hit the next step? There is just something very unnerving about scaling non-moving escalators.

5. Sleeping with an open window

More of a summer problem really when the bedroom windows are open all night. The problem usually occurs around 5 am when you hear that familiar low hummed ‘buzzzzz’ behind the blinds. The bastard has got in…

When you toast is stuck and you need a bit of help dislodging it…in the form of a knife. You switch off the toaster. You UNPLUG the toaster. You move the toaster away from the WALL. And yet still, there is that fear of electrocution…

Don’t worry, I now own some toaster tongs

Similar to the above really. A spoon has managed to slip through the ‘splash guard‘ (yes, I had to look up what it was called) and you immediately switch off the waste disposal, tentatively reaching your hand down into the depths to fish out the mangled spoon. Admit it, you still fear that somehow, like in horror films, the motor will switch back on and saw your hand off.

When you’re in a ‘quiet’ exercise class – think pilates, yoga – and there are some demanding moves. I know it’s only natural, and some of us are more relaxed about breaking wind in front of others (you know who you are), but for me, I would never be able to go visit that fitness studio again.

When you flush the loo (especially in a friend’s house) and the water level rises…and rises…and rises.  And their loo is carpeted. There is no fear quite like it. 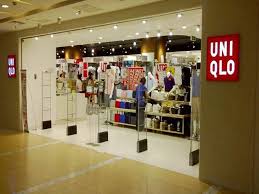 When a neighbour gives you a set of spare keys so that you can water their plants while they are away. It’s a simple lock, the alarm panel is literally as you enter and the keys have that handy fob on them that you just tab. You don’t even need to memorise a pin.  And yet when those bleeps sound, it’s panic stations.

I’m throwing this in because I feel I need validation. Maybe it’s because I’ve seen too many films like ‘Vice Versa’ and ’13 Going on 30′ and ‘What Women Want’. Or maybe that I just have a very vivid imagination? But I have this weird ‘thing’ where I’m at home, maybe in the shower and I imagine I have been granted one wish. Except I don’t just wish for something brilliant – I almost mock the faux-wish and think ‘public place’! And WHAM! I magically end up standing in the middle of Brent Cross, starkers…  Anyone?

And finally, in the spirit of Halloween and 13 being a ‘scary number’ and thinking about my thirteen year old and her best friend...

When you take your daughter and her friend out for the day and you’re running down the stairs to catch a train and you all manage to get on when you realise it’s the wrong train. So you all quickly jump off before the doors close. Except for BFF is frozen to the spot. And as you shout in slow motion from the platform, “Getttttttttt offffff thhhhhhhe trrrrraaaaaaiiiinnnnn!”, she doesn’t. And the doors firmly close. And the train pulls away.  I will never ever forget the look on her face, my daughters face, probably my face. Fear not – the friend was a mature 13 years of age, in possession of a mobile phone so within minutes I had every station attendant ready to greet the 14:27 from West Hampstead Thamelink into St Pancras. There were even police officers. It was an emotional reunion. There are still some very kind lovely people in the world.

So, with all those sweets entering your household, one way to stave off temptation is a healthy snack and so don’t throw out the pumpkin seeds from your carvings.

According to Google: ‘Pumpkin seeds are a good source of antioxidants, magnesium, zinc and fatty acids — all of which may help keep your heart healthy. Studies have also shown that pumpkin seed oil may reduce high blood pressure and high cholesterol levels — two important risk factors for heart disease.’

Pre-heat oven to 200 degrees. Wash seeds. Dry seeds. Lay them on a roasting tin. Lightly spray with olive oil and add some Herbamare. Give them about half an hour in the oven with some midway shaking (tray not you). 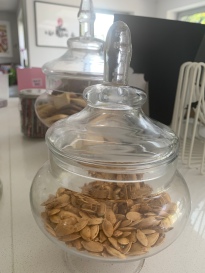 But beware, they give you wind. ‘Apparently’…