On my first date with my husband (Silks & Spice, Camden), he casually mentioned in conversation that he was ‘into sport’. Alarm bells should have rung, but it was only through marriage and a shared custody of a Sky remote control, that I truly realised the extent to which ‘into sport’ actually meant.

I’m quite aware that most of my life revolves around a sporting event. For example:

Me: “We’re going over to friends tomorrow for tea.”

Husband: “(*insert seasonal sport here*) is on tv. If they haven’t got it on in the background, I’m going home.”

Thinking back, my first birth gave a clear indication of life as a sports widow.

Around 2am on the 14th September 2006, my husband found me at the foot of our bed, curled over a giant gym ball thingy, declaring, “I give up.’

I think I was doing it wrong. Photo Credit: Rooted for Life

A couple of nights previous we’d had a false alarm, so once the hospital staff had finished prodding me and were satisfied that I was definitely in labour this time, husband decided we were in it for the long haul and proper arrangements needed to be made.

He even managed to schmooze the nurses into dragging a camp bed into the room for him. Tiring for the men, after all… 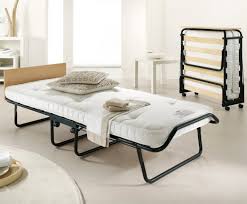 ‘Comfty’, as my youngest says

Around 15 hours later, my beautiful daughter was born and whilst dizzy from both the epidural and the fact that she wasn’t a boy, I will always remember that soft green glow as I was wheeled back into the room… 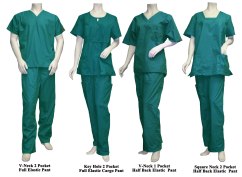 I always favour a v-neck

No. It wasn’t the staff in their scrubs.

It was the green haze from the football pitch on the tv screen as my husband held our daughter, experiencing her first game of many, whilst cradled in daddy’s arms, lying on the camp bed. (Ah, now I could see the urgency of the camp bed.)

Not actual husband. Or daughter

I looked on in marvel at the thing next to me, peaceful, calm, content.

And that was just my husband. He even remembers the game. (Of course he does.

I’m not a particularly sporty person, safe to say I’m not really sporty at all. I like the gym, Pilates, a friendly game of badminton or table tennis. Even basketball, but only if it’s at the funfair and involves winning a bag of candy floss.

Yum. Get in my belly…

I just have zero interest in reliving my ‘wing attack’ days at school and joining a ladies league of netball.

No offence to those who do this pursuit for pleasure or professionally…plenty of my female friends are loving this release on a weekday evening – it’s just not for me. In fact, massive props to the England Netball Team who recently thrashed to receive gold at the Commonwealth Games. 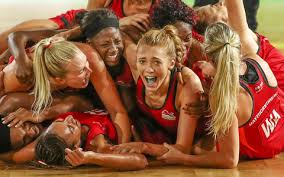 So emotional.. as I watch from the sofa.

Before I get trolled and bashed on social media for dividing the sexes, lots of female friends watch and attend just as many games as their other halves on a regular basis and have done since a very young age. (Even funnier when rival husband and wives are at the same match. You know who you are…)

But going back to base levels, I’ve been through alot recently. Alot.

Darts. Done. (He threatens to take me every year. FYI, I would go.)

Golf. Done. (Although I secretly quite like watching The Masters because:

A) the clapping and birdsong is so calming

So, to all of my football widow friends – we’ve performed really well this season, with limber checks on our phones for match updates and team support over whose evening will be the most ruined due to a match loss.

…I’ve just been gently reminded that the World Cup starts in under two months.

I think I might take up netball for the summer…

ps. Good luck to everyone participating in tomorrow’s London Marathon.