I was a Brownie. I was a Girl Guide. The whole ethos of ‘be prepared’ definitely made an impact on me, although half the time I think it’s because I just can’t be bothered with the hassle that comes with not being prepared.

‘Use your sleeve’ some may say but I just don’t need the extra washing so for that reason, tucked in the side door pocket are tissues. Yup, the flat pack of tissues that you think no-one ever buys from Boots. Well I do.

If I can make dinner in the morning and have it on a slow cook all day, then when I come through the door late from the kids’ swimming lesson, I don’t need to worry about dinner whilst washing their hair, sorting their homework and unravelling the swimming costumes that have been rolled tighter than a Havana cigar. (* Favourite post-swim recipe at the end of the blog.)

Whilst everything goes up into the overhead storage, I keep essentials with me in my seat so that there is little need to stand up (interrupting my prime film viewing). Kindle, iPad, moisturiser, chewing gum (for plane breath) and sucky sweets for the kids upon landing. Oh, and massive cosy scarf that’s been freshly washed. I then mummify myself by wrapping the scarf around as much of my being as possible. I like to imagine other passengers can also see animated flowers wafting off of me as I move around in my seat.

I actually use Fairy, but their ads don’t have flowers

My bag has the usual suspects – keys, wallet, phone, but amongst it all is a Mary Poppins-style bottomless cosmetic bag of wonders, including things like: plasters, stain remover wipes (best things ever), mini perfume atomiser, calpol tablets (kids) and lip balm. In the 80s it was Lipsyl, but today, it’s Eve Lom Kiss Mix. 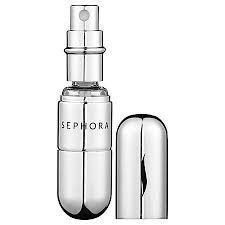 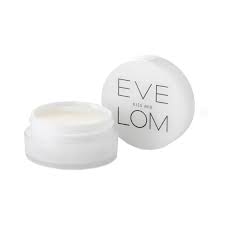 I am what is known as a ‘lip licker‘: yup, it’s a real condition. I always have a pot of this wondrous stuff with me and can’t bear it when people dip their fingers into the pot. For this reason I shove my lips directly into the pot to apply and it seems to deter others from finger-dipping.  (Win-win.)

But my point with this blog (and I don’t want to sound too Carrie Bradshaw), is ‘how organised is too organised’?

Carrie? Can you help?

I have a friend (no names mentioned but she will know soon enough), who is so insanely organised, that she readies the breakfast stuff for her kids the night before. Bowls are placed on the kitchen table, filled with cereal of choice and then covered, yes, covered, with cling film. It’s “to stop the spiders going in.”

With being prepared, I do get it. I am it. I had to revoke my Costco membership because I was fast becoming their second biggest stockpiler of loo roll. (And the cookie multi-packs.). It was just too dangerous for me to have access to such a place.

A recent trip to Disney indulged every organised bone in my body. Schedules, restaurant bookings, ruck-sack packing for the parks. I was all over it and loved it.  Including ordering disposable ponchos for the ‘wet rides’. Yup, I did that.

Husband is all for being prepared too, although this translates as ‘I’ll leave my coat out on the couch instead of hanging it up, because I’m only going to wear it in the morning.” Oh, ok. I’ll just empty out all of your clothing onto the floor so that you don’t need to ever open a cupboard or drawer ever again. (He’s tempted by this idea, I’m sure.)

And it’s not just my generation – the older generation seem to be on the preparation path. Although in some cases it may be ‘Preparation H‘. So canny is my mother in law, that juices are Nutri Bullet-ed the night before and vitamins are all measured out. I guess she’d be dead by the time she counted them all out in the morning, so fair do’s…

Only the half of it

My kids are on it too – they see not brushing their teeth in the evening as ‘no big deal’ (whilst I freak out), as the toothpaste is still on the toothbrush for the morning.

I think the whole point of me wanting to be prepared is an innate sense of not wanting to fail or let someone down. What if my lovely neighbour needed to borrow some sugar or milk …or even sumac?

Yup. I have that

And if I ever ask if I can come to Costco with you, just say no.

*Post activity dinner where you come through the door too late to fuss with cooking.

I cook it all day long in the oven on 100°C with no worries. Leave out the wine and rosemary if you want a ‘lighter’ taste. My family aren’t mash fans so I lightly toast a ciabatta that I’ve sliced in half along the length. Place in a bowl and spoon over the meat and the juices soak into the bread. Am now salivating. Roll on swimming next week.

(I’m midly obsessed with Ree. She’s was a city girl, moved to the country, married a cowboy and now lives on a ranch with her four kids, writing, blogging, cooking and has recently opened a store. I want to go there and meet her. And eat her food. And say yee-har.)

.. and by that I mean snakebite n’ black, pot noodle and mouldy bed linen. 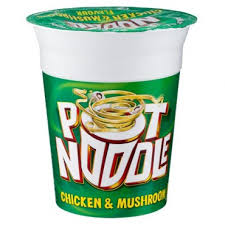 Packed to the roof like they’re up for some serious car boot sale action (old Kodak centre in Harrow anyone..?), I’ve spotted many laden cars heading North with wide-eyed teens in the back, clutching their teddies in excitement as they headed off to University.

I (vaguely) remember being one of those teens and it’s only now in my 40s that I can look back at the experience and truly understand why my friend’s mum hung about for hours at our student house, scrubbing at the bathroom and kitchen until her marigolds wore through and she left the house sobbing.

To me and my Uni girlfriends, it was a palace. To our parents, it was a cesspit that we had foolishly handed over a deposit and a month’s rent to our landlord. Having housed six boys prior to our arrival, it took many weeks to embed it with our ‘girl smell’. The basement however, was another level (if you will pardon the pun.) I can still smell it now…

If I could go back and re-think my career, I wish I had gone into perfumery. I can happily spend hours in the candle and fragrance departments and if you’ve ever wondered why coffee beans often appear alongside candles, it’s to neutralise your sense of smell before the next sniffing. I don’t think the yearly coffee bean crop of Latin America would have helped our basement.

Smells are so important to me. They trigger memories – happy, sad, funny. These are a few of my best/worst smells:

GOOD: Lavender – reminds me of my late Grandma who loved the smell of it. I always travel abroad with lavender oil and a couple of drops on a pillow at night definitely helps the kids get to sleep. Also great for a relaxing bath. I had a relaxing bath once in 2005. I have kids now.

BAD: Baby poo. I remember the horrific baby poops that seeped up the back of the baby-grow. Usually when you were in the John Lewis toilets, already sweating, lactating and trying to get a feed in.

GOOD: Tarmac. I actively seek out roadworks. I called my Dad recently to ask about some signage on the back of a truck. ‘Paving, rendering, tarmacadam’. After mocking me for  pronouncing it ‘Tarmac Adam’, he informed me that it’s actually the full name for ‘tarmac’.

BAD: Damp clothing – so, you wash your clothes and hang them to dry. You go to wear a top and notice the cuff was stuck inside itself. Oh well, it’s dry now and all is fine.   No. It’s not fine. Stinks all day long. Wash it again.

GOOD: Comfort Sunshiny Days fabric conditioner. Best ever. I like everything to smell clean and fresh. My sister in law has the market cornered on that. Her whole family have animated flowers wafting around them at all times. Even the dog.

BAD: Dog poo. Even the tiniest amount (always stuck in the tread of your trainers) is enough to make me retch.

GOOD: Husband’s after shave. You can keep your Creed Aventus (fyi, now available for women too). Robert Piquet ‘Notes’ is the one I love on him. Unfortunately it’s no cheaper than Creed and is so-called ‘Notes’ because you need bucketloads of banknotes to pay for it

BAD: Gefilte fish. You can’t roll a shit in glitter. And the same goes for a carrot ‘hat ‘on top of minced fish…

GOOD: Hotel foyers – I love how the good ones smell amazing when you walk in and almost set your mood. I remember my honeymoon and my obsession with the smell of the place where we stayed – a friend would always bring me back lotions and sprays when she visited South Africa.  Luckily ‘Charlotte Rhys’  is now available to order in UK, but it never smells quite the same at home. Possibly the lack of sea view and room service.

BAD: Earring butterflies – I’m as hygienic as they come so don’t pretend and act holier than thou. It’s a real problem for us all.

GOOD in a BAD WAY: Original stonewashed denim. When I was a teen, drooling over the Levis commercials featuring Nick Kamen and Brad Pitt, there was a tiny shop on Golders Green Road called ‘Yankee Doodle’ that catered to the Levi 501 obsession of North West London. (South London crew had ‘Soldier Blue’ on the Kings Road as their mecca.)

The old site. The entrance was where ‘Gentle Care’ is and about half of ‘Virgin Money’

Small but perfectly-stocked, it was stacked ceiling-high with bandanas and converse and my favourite Levi 501s. The jeans had been through a stone-washing process that an intoxicating bleached smell. Ripped, stained, ink splattered, torn, worn. No wonder there was a sign up stating that you had to have your parents permission to buy from there.

An original display from Yankee Doodle (thanks to Dani who owned the shop – more stories please!)

GOOD: Freshly baked bread, specifically challah, in the boot of your car.

Better than the artificial smell of the yellow vanilla trees dangling off your rear view mirror. 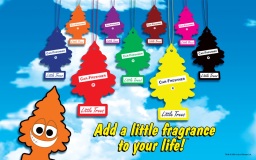 Controversially, I have a friend who prefers the black ice scent to vanilla – something about the musky, manly smell. They should actually manufacture challah-scented Little Trees…

“Hello, Little Trees? I’ve got a new scent idea for you…”