To say that I am film-obsessed is an understatement. Maybe not as much today as in my youth, but I put that down to the loss of Joan Rivers fronting Fashion Police on E! However, this year the Oscars came good for me in the form of Marty McFly. (And the envelope drama at the end, of course.)

Part of the ‘Be Kind, Rewind’ generation, my childhood bedroom was plastered wall-to-wall with pictures of my heart-throb Michael J. Fox, plus guest appearances from Andrew McCarthy, C. Thomas Howell and Kirk Cameron.

I would sit for hours on my faux-hamburger bean bag, creating imaginary meetings and conversations.

My Guy and Look-In were torn apart for pictures, lyrics to chart hits and snippets of information about celebrities. My filofax, (because apparently I worked and needed a filofax aged 11), was full of notes from friends, acknowledging my fully fledged addiction.

I cut my teeth on shows like Mork & Mindy, Family Ties, Growing Pains and Fresh Prince. I couldn’t get enough of American films too: The Outsiders, Pretty in Pink, Can’t Buy Me Love, Mannequin, plus all the Back to the Futures. Okay, so the third BTTF wasn’t so great but I managed to go to the Premier and that was big news for my 15 year-old-self. Alas, the Fox wasn’t there. His aunt had died.

But if there was a million-dollar question along the lines of “in which year did BTTF3 Premier?”, I would know without hesitation the answer is 1990. I know this because I was 15 in 1990 when I went to the Premier. Great scott – I’m a genius.

That same year, Pretty Woman was released. Not only did I own the same yellow Sony walkman that Julia Roberts had in the bathtub scene, but I also had a Hunza dress, made from that crinkly swimming costume material of her street walker outfit. Admittedly mine was less short and hooker-y, with a satin puff-ball bit at the bottom and black velvet splatters all over it .

I feel I’m truly torn between the old and the new. How can I resist my old favourites when they are aired? Bueno Sera Mrs Campbell, Calamity Jane, The Poseidon Adventure, Tootsie and Seven Brides for Seven Brothers – the list goes on. For years, I dreamt of marrying Russ Tamblin until I realised he was Tom Thumb, but then swooned again when I discovered him as Riff in West Side Story. 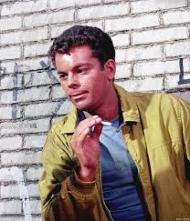 I also noted down in my Purple Ronnie diary that if I had a boy (with Michael J. Fox obvs), I would name him Caleb – after one of the seven brothers: Adam, Benjamin, Caleb, Daniel, Ephraim, Frank and Gideon. (nB. This was proudly typed with no help whatsoever from Google.)

The feeling of being transported back to something memorable is just the best. Much like a song can remind me of a film, they have also become the soundtrack to my life:

Firstborn (emergency C-section) – ‘I don’t feel like Dancing’ by Scissor Sisters was playing in the operating theatre, so I know the song was released in 2006.

Secondborn (elective C-section) – ‘I Gotta Feelin” by Black Eyed Peas, so I know this was a 2009 release. (I’m great on radio phone-ins for ‘name that year’.)

On my wedding day, I didn’t want a traditional wedding song played as I ‘step-together’d’ down the aisle. I say ‘I’ because if left to husband it would have been ‘Ossie’s Dream‘.

For me there was only one choice – ‘Moon River‘ from Breakfast at Tiffanys. My great Uncle Harry was the key chorist at Great Portland Street Synagogue and he sang so beautifully as I walked towards the tall, nervous man under the chuppah humming Ossie’s Dream.

A bit like the ‘useless’ knowledge Dev Patel picks up in Slumdog Millionaire, I can’t say that my memory has made me a millionaire, but I’ve checked, and the next episode of Mastermind features a specialist subject of Seinfeld. If they’re running with that, it can’t be long before I get my call to participate… 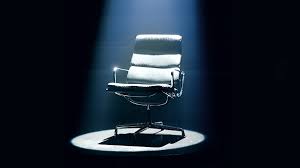 “In which year did Michael J Fox’s aunt die?