When I was younger, I had the most phenomenal vision. My mum wore those old-school gas permeable contact lenses that would often fall off of the suction-tool when she was putting them in. Our deep-pile bathroom carpet (yup – 70s chic) was no match for my eagle eyes.

When I hit 16, I noticed that my vision was becoming hazy. At first I put it down to hay-fever but deep down I knew that something wasn’t quite right. After a few months of pretence, I told my parents that whatever it was, it was worsening and I was referred by my optician to an ophthalmic practice in Harley Street.

The verdict? I had cataracts.

Years of applying steroid cream to the eczema around my eyes had thinned my skin and had most likely been the cause. With a great deal of hand-holding from Joy, the most wonderful practice manager, I went ahead with the surgery and had great results.

Fast forward 25 years and I only really need glasses for heavy reading/computing, but I’m suddenly starting to feel really old. I used to have my finger on the pulse, but now have to consult my teenage nephews about words like ‘sick‘, ‘bare‘, ‘dabbing‘ and ‘peng‘.

I also used to think I was tech-savvy…(come on, type with me and reminisce)

My kids aren’t interested that I know the words to ‘Buffalo Stance’ and they flip straight back to Kiss 100 when I try to wow them with the delights of early rave tunes on pirate radio. The fact I can do my bra up behind my back no longer impresses them either.

I am baffled by bottle-flipping supremos and mesmerised by the genius of the mannequin challenge. I know it’s inevitable but I really don’t want to feel old. Here are some other things I don’t want:

I don’t want to experience RSI scrolling back on website drop-down menus, because my birth year is not instantly visible.

I don’t want to have to try multiple passwords because I’ve locked myself out of my numerous online accounts. (Upper or lower case always throws me.)

I don’t want to affectionately sign off texts with a ‘c’ when I’m trying to type an ‘x’.

I don’t want to have to wear my glasses more than I have to and I especially don’t want to increase my font size on my phone. People on the moon can see my friend typing her text messages.

I can’t see the expression on the little yellow emoji faces. On the plus-side, if you type tomato, a tomato appears. Cake and a cake appears. My favourite is ‘totes’ – type it and see…

If by miraculous luck, my blog hashtags have attracted emoji creative folk, I would appreciate a ‘whole chicken’ emoji, not just a chicken ‘leg’. And a raspberry emoji please. How is there a strawberry, a plum, a peach.. but no raspberry? It’s fruitist. 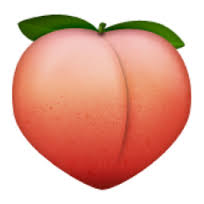 Talking of raspberries, some blog-appreciaters have asked for another recipe, so here is a raspberry one, given to me by an old colleague when I was stuck for an impressive but quick dessert.

Including mint sprig for pro-finish

6-pack of sweet waffles. Literally the cheapo ones from a Polski Sklep or other convenience store. (I have never typed ‘Polski Sklep’ before)

120g Milky Bar – go basic. I tried it with Green & Blacks white chocolate and it wasn’t as good

Take a deep ovenproof dish about 23cm long and lightly grease with butter.

Break up the waffles and place in dish, then ‘hide’ the chunks of Milky Bar evenly amongst the waffles.

Whisk the egg and cream so it’s all foamy and pour all over the waffles. Let it ‘steep’ for 10 minutes.

Top with raspberries and place in oven for 25-30 mins.

Dab, because you’ve produced an impressive dessert with minimal effort.